ONLY BRUTES AND CAR-CRASHES of womanhood are expected at Aintree for this year’s ‘Ladies’ Day’, Grand National organisers have confirmed.

The announcement comes as thousands of professional skanks and women your mother warned you about descend on Aintree to cause all sorts of carnage, and probably show their knickers to the Daily Mail. 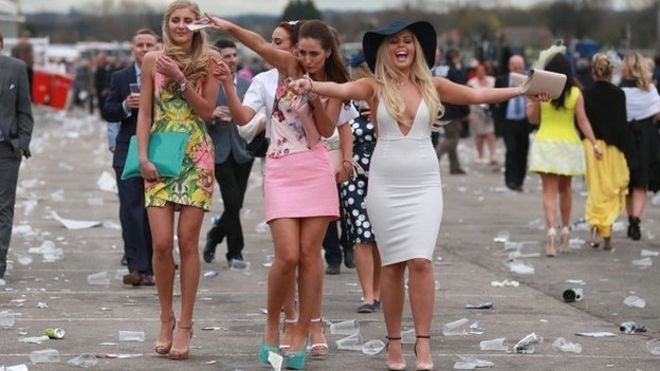 Impossibly posh horsey official, Ray Dawkins, 52, commented: “Well it’s advertised as ladies day but it’s like the start of MacBeth, only that’s all there is and there are thousands of them. There are only really a few types of girls who’ll be here today. There are the big lasses, basically girls whose shoes look like someones baked a loaf of bread in them. I think we’re supposed to call them plus sized? Then there are what I think are transvestites.”

“The others are these orangey-looking girls in ghastly outfits who I think they bus in from some dreadful nearby neighbourhood. All claiming to be ‘social media stars’ or something.”

“Every year we hope being plastered all over the newspapers will stop them coming. It’s like they don’t even care!”

Racegoer and holy show, Becky Dinting, 26, said: “We love getting glammed up for ladies day, it’s such a nice occasion. Although I’ll probably end up getting shiftaced and spend close to a month’s rent on prosecco. Honestly though, it’s a proper STD fest.”

“I’ve bought a hat and everything.”

Mr Dawkins later added: “Some of them should really be in the race.”