Liverpool players will wear Jamie Carragher t-shirts during their warm-up next Saturday in a show of solidarity towards the pundit for being unfairly criticised for spitting in a child’s face.

Despite damning video evidence of the incident, a statement on behalf of the players at Carragher’s former club declared their “total support” for the Anfield legend, who is now facing the sack from his role as a SkySports pundit.

An open letter stated unequivocally: “We totally support Jamie and we want the world to know that. We know he’s not a spitter.” 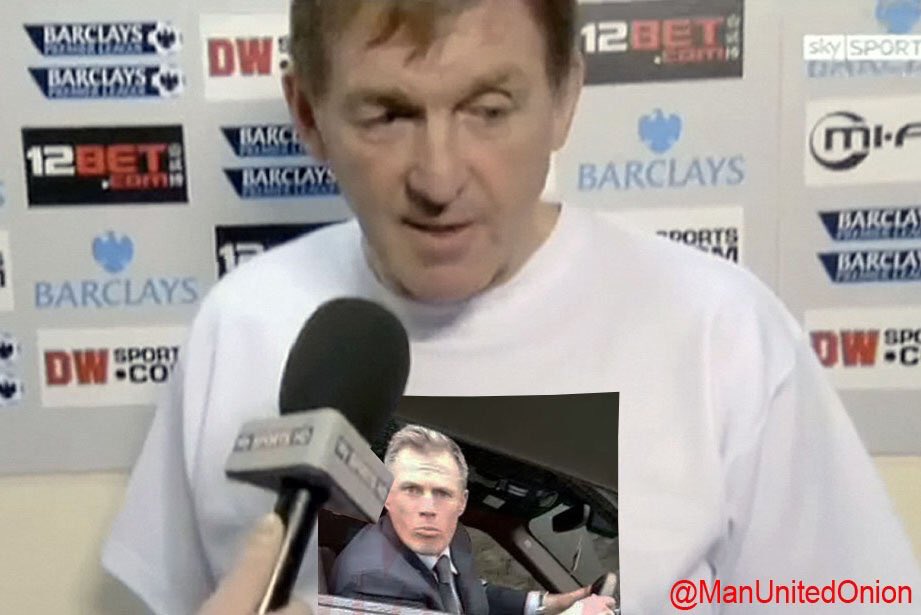 Legendary former Liverpool player and ex-manager, Kenny Dalglish, commented: “Jamie and all this spitting thing totally misunderstood. He clearly never meant to spit at them in the way people are saying he did – even if that’s what the video shows.”

“Where he comes from it’s like saying hello or something. Although to be fair he may just have been asking for directions.”

Carragher has also received messages of support from former fellow professional player, John Terry, who said: “Yeah, I’ll admit it looks bad. But that’s just on the video, though.”

Meanwhile, Carragher’s friend and colleague Gary Neville has remained impartial to the incident, and his instead offered full technical analysis. He observed: “This is a crucial moment for me. Now, it’s probably easy to sit at home and think this is something which is quite easy, but I can tell you it’s not. The distance he gets on the delivery is something special.”