Bunnyboiling singer, Adele, has been commended for stopping one of her performances in order to tell her fans to stop enjoying her music and “join the real world”, it has been revealed. 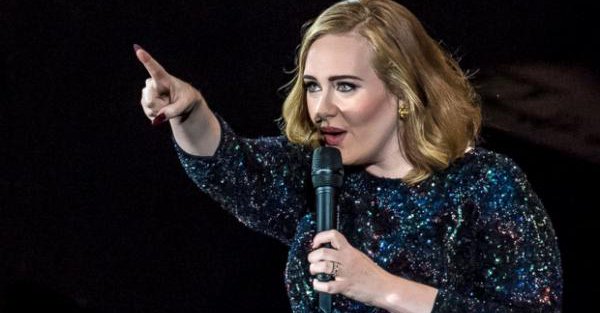 The impassioned intervention was filmed by dozens of bored “fans” as the obsessive chanteuse spotted someone in the crowd paying attention. Adele commented: “Look, I just want to say that I’m here in real life. So it’s OK if you pick up your phone. There are lots of people who didn’t want to be here and aren’t, so I suggest you think about them.”

“In fact if you do, you might even be able to get back with  your ex. Imagine they forgot all about you and moved on, too.”

“I mean what the fuck are you all even doing here?”

Becky Dinting, a self-confessed “Daydreamer” said the singer’s remarks were met with rapturous applause, stating: “So I was there watching her and then she piped up saying we may as well use our phones because we can see real life any time we want.”

“It hadn’t even occurred to me I could just get on with my life. It’s a revelation.”